Nissan is very diverse, and by nature, many tend to associate it with economical cars that mobilize thousands of families. Still, its experience and history give for models such as Maxima, which do not have so much diffusion but show the capabilities of the brand beyond its Z line or the eternal GT-R.

Even when it is not a model of large volumes, it is one that represents the best that Nissan can get at the time of making a sedan, and that is why the principle was to create. So the matter sounds very methodological, a “ four-door sports car,” something that is even read in the skulls that say“ 4DSC ”( 4 Door Sports Car ).

Being objective, with the excellent work of the chassis, they got what proposed because in the Maxima. In exchange for a march that goes towards the rigid but not the rough, highlights the great body control in fast and slow curves. The poise of both axes even when the asphalt is not in good condition and very confident at high speeds if we think that the theoretical competition oriented towards much more relaxed handling. It complements a quick address and at times, delicate, but well assisted, in addition to some above-average brakes on something raised for the North American market; Direct and capable.

The engine, whether one of the typical Nissan formulas in recent years when resorting to a 3.5-liter V6, is another virtue in the Maxima. Because with 300 horses and 261 foot-pounds, there is a great balance between performance and refinement. With a constant torque delivery, good power at high, a pleasant sound, and an acceleration more than enough for that dual claim between something that in addition to serving for long trips, would also live up to the circumstances if the idea is to have a fun little bit.

There is a CVT box that has little to do with the enthusiastic approach of the rest. As a kind of family virus, this transmission reflects the cost savings and the change of priorities of Nissan. In recent years came to permeate in its most representative sedan, something that occurred since the last generation and that with its occasional jerks. A response that reduces the immediacy and precision of the set and reliability stories not very flattering in SUVs such as the Pathfinder takes away the brightness of an almost impeccable car.

The growth of sedans has meant that, even if Maxima does not have so many years in the market, paradoxically, it is even smaller than its younger brother in theory, since the new Altima is longer, with greater wheelbase and almost equal Wide. If we look at other medium sedans, a Honda Accord is also bulkier. What are we doing with this? A Maxima on paper is a large sedan (segment E) of the niche of the late Chevrolet Impala, Ford Taurus, or Kia Cadenza, but fell short (literal) before cars of a less expensive profile.

5. Inside, at the height

In addition to some finishes at the level of a car, that starts at 587,000 and ends at 709,100. It is valuable to review the very marked character between the accents of the seats and their good support or shapes of the board. Very oriented towards the driver is sitting in a more dominant position than sports, that is to say, not so low, although comfortable in general. Some shared command might remind other Nissan, but that does not take away from a nice and well thought out cabin, although not as wide.

If Infiniti adopted a strategy similar to Lexus and designed a competent front-wheel-drive sedan, refined and equipped to rival the ES. These types of ideas usually work well in those people who are looking for luxury and not such a purist car. Even though a Maxima with its more conventional cross-engine and front-wheel drive scheme seems dynamically better to an Infiniti Q50 even though the latter opt by a longitudinal propeller architecture and RWD. The luxury division could learn something from its sister brand by making a large car rewarding to drive.

Will there be a future Maxima while housing a low beam h1 led bulb? The tendency to create more and more crossovers or SUVs that, at times, look redundant is killing sedans in other brands. However, Nissan beckons that it believes in them even when it publishes surveys that claim that younger people still prefer this type of bodywork. Evolution of a product that is excellent from a practical point of view and the subjectivity of those who like cars, it would be nice to see how the Nissan standard in this part of the world. 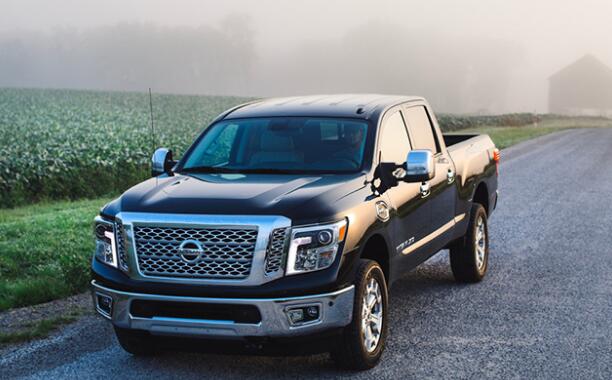