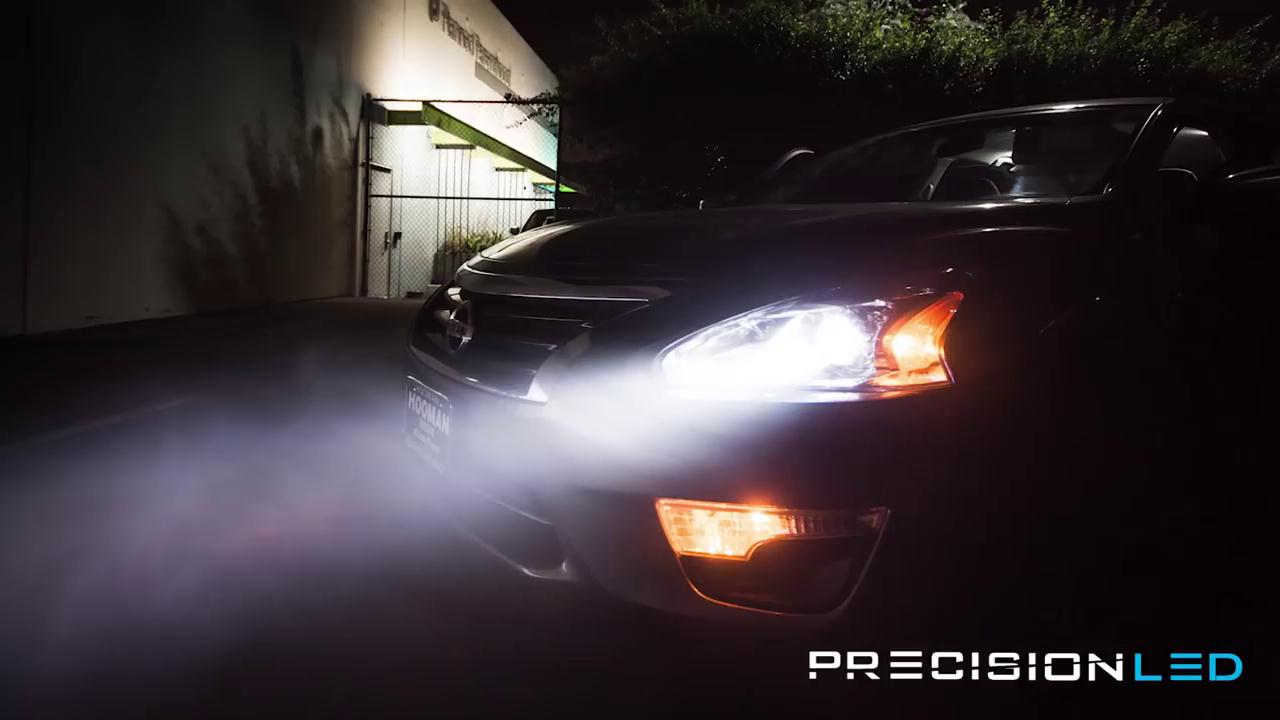 Today we have a 2015 Nissan Altima that we’re going to be installing LED headlights on. This installation is compatible with models 2013 up. That’s the fifth generation Altima. And is only compatible with models that have the halogen headlight so if you have HID headlights already you cannot convert to LED. Only halogen to LED. Today in particular, we’re going to be removing the wheel to get access to the headlights. You don’t actually have to remove the wheel if you’re doing the installation at home. You should have a tool that comes in your trunk to remove the lug nuts. 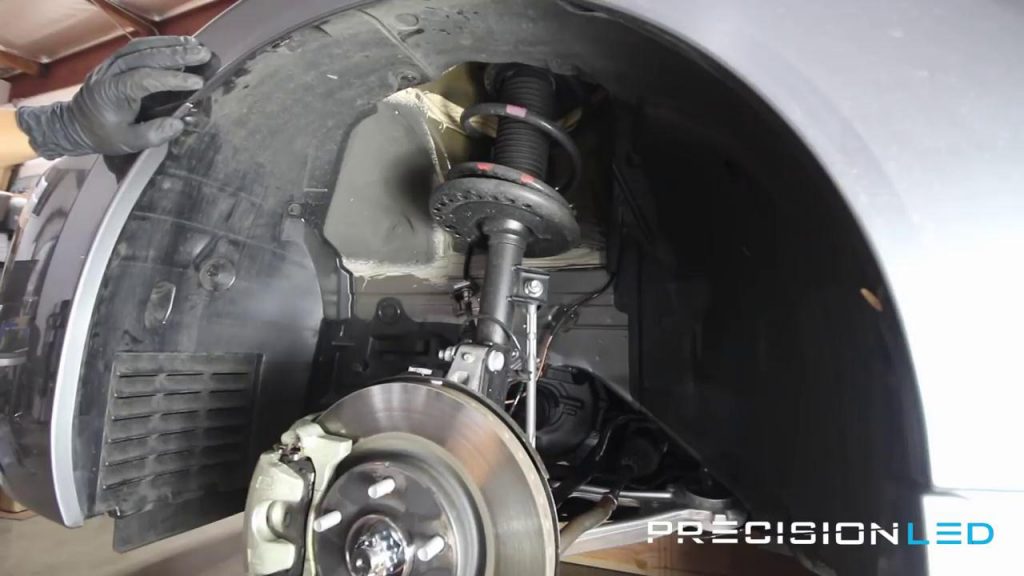 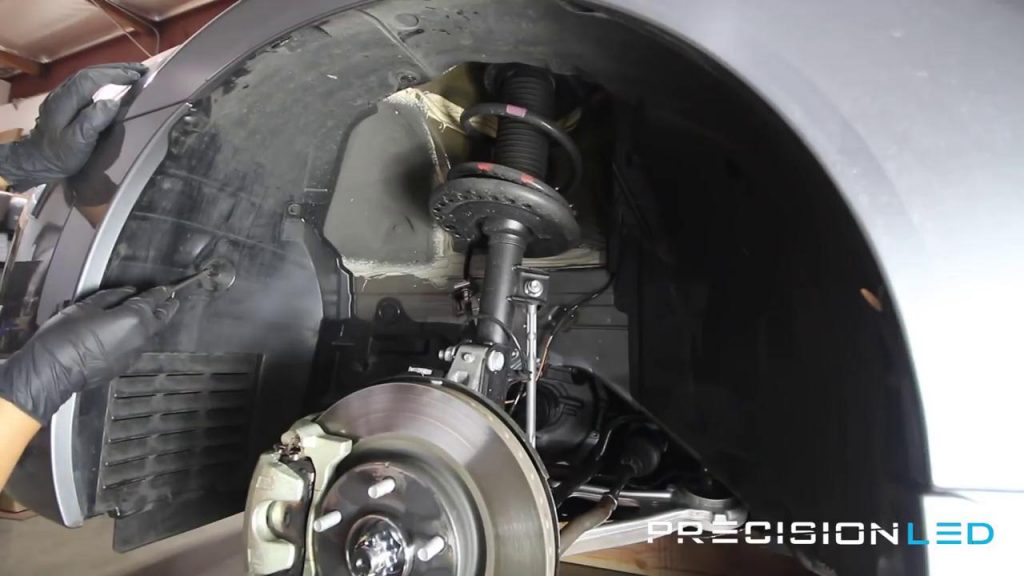 Release the middle portion from the rest of the clip and pry it back, create separation between the two pieces, and when you have that separation, you can pull it out. 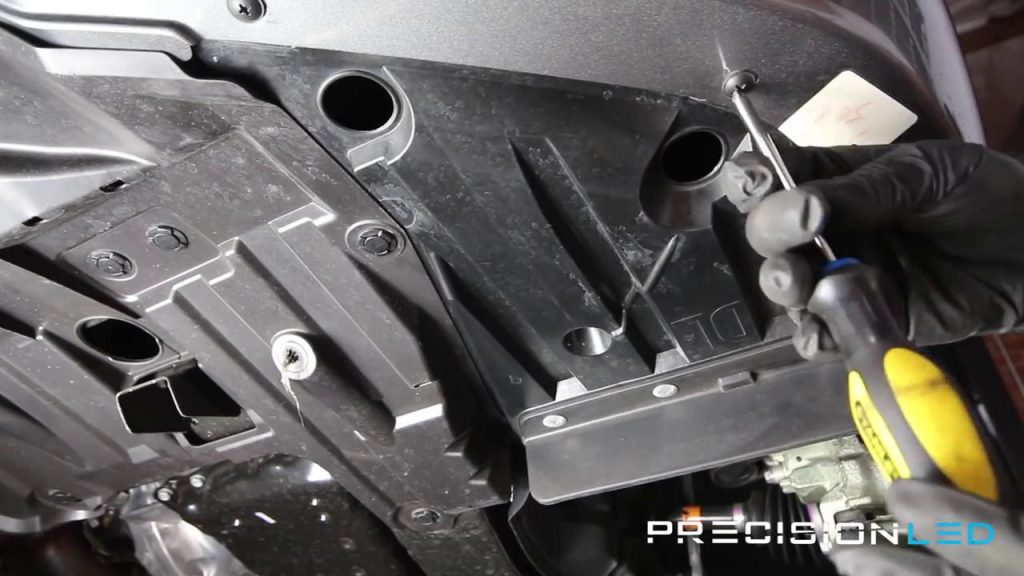 There are three bolts and a clips that need to remove in the wheel well panel. When you have them all out, there is a hole that can use to pull down. And create some separation with the fender 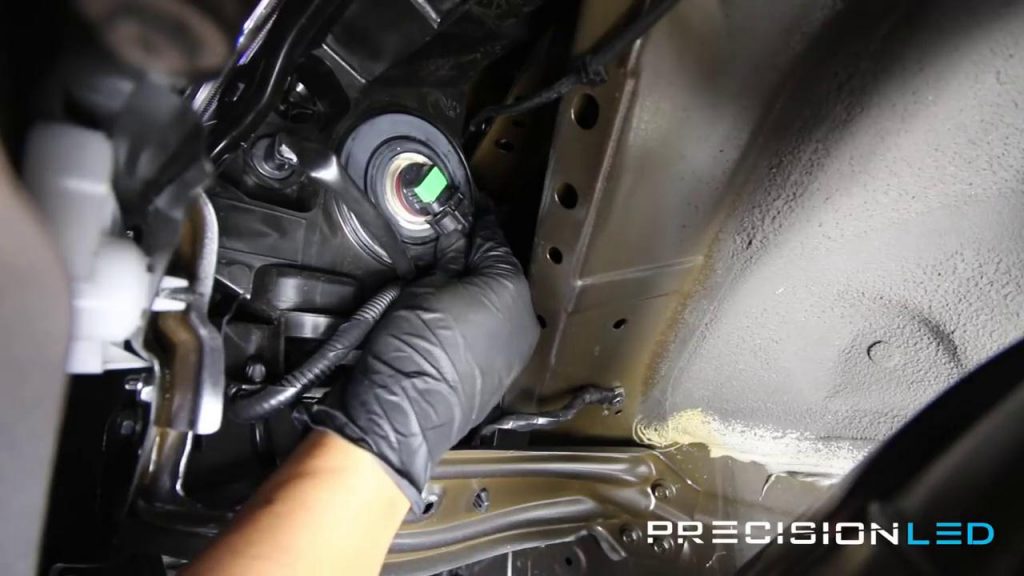 Looking at the headlight assembly from the rear right, turn the bulb counterclockwise and that releases the bulb. 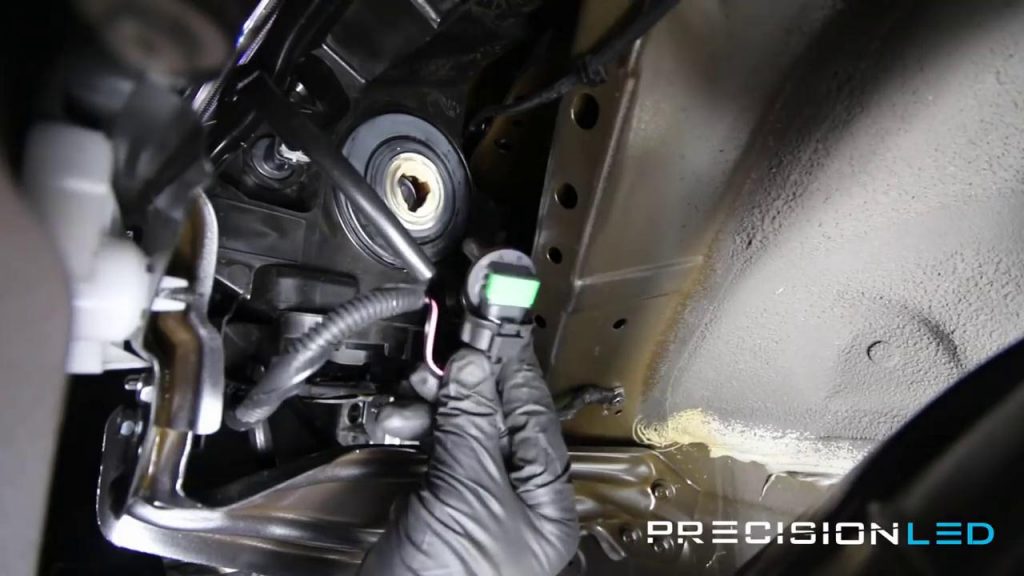 When have it out, pull up on this tab, it should release. 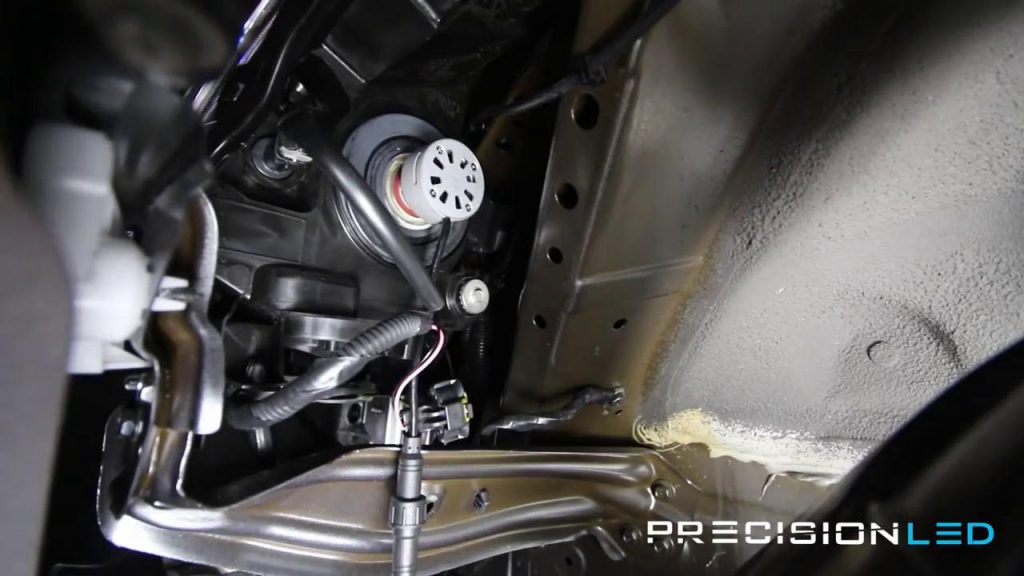 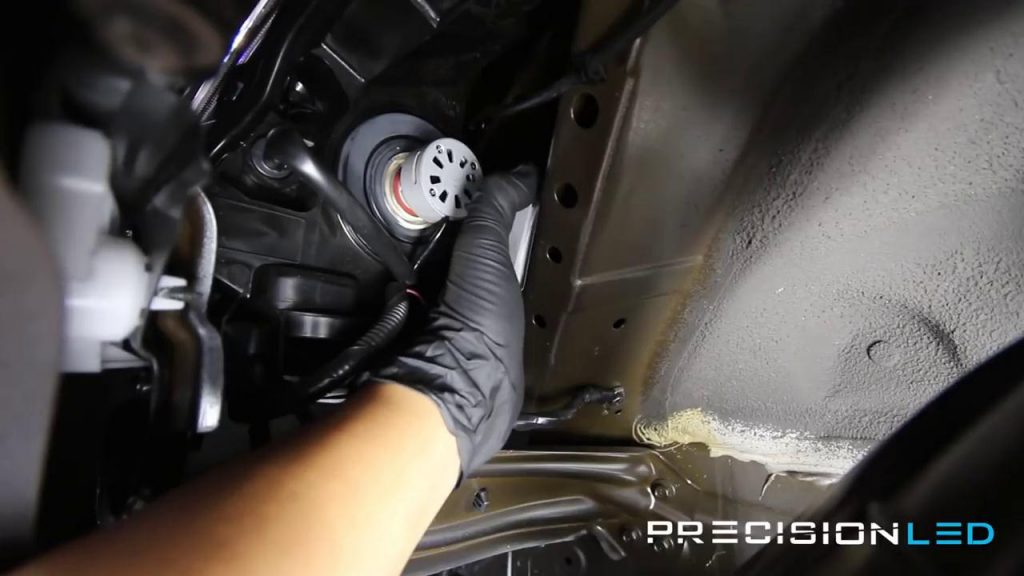 Putting the ballast with double-sided sticky tape on aluminum support on the Altima. 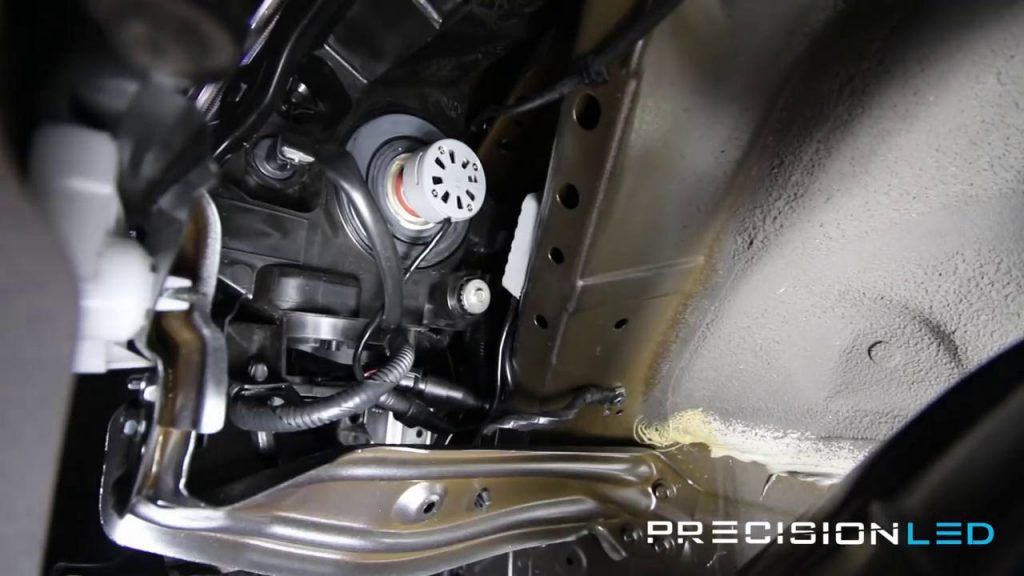 Now that this is all in. We’re going to go ahead and test the lights before we put everything back together. 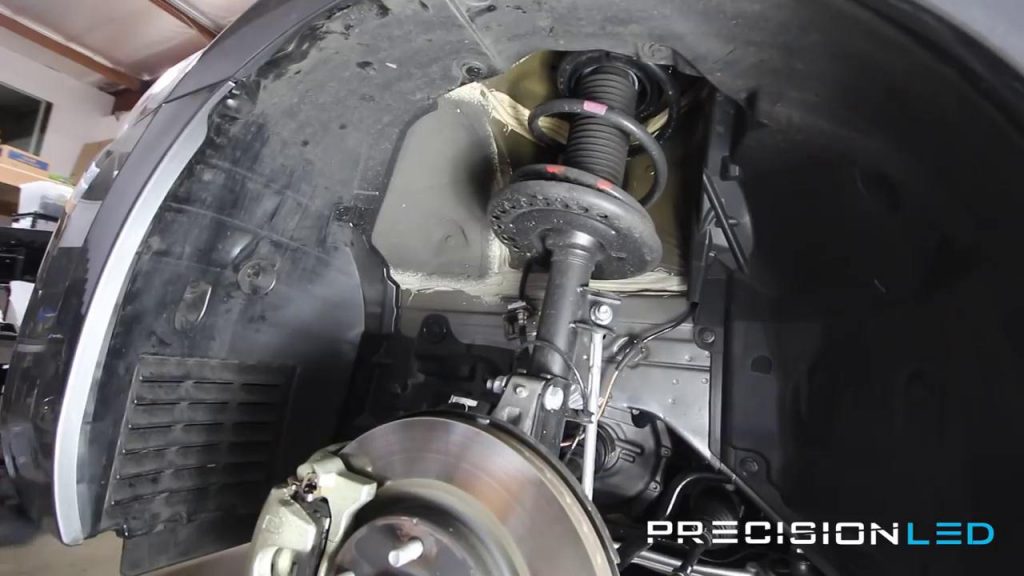 I’ve got our thunder liner back, the clip needs to go onto the piece of metal. Make sure that all of this is on the interior of the fender wall not sitting outside. Make sure you’re all the way from the outside there you go now that plastic is sitting on top of the metal. Install the three clips on it. Once that have done, put the wheel back on if you took it off. The process is the same on the passenger side. 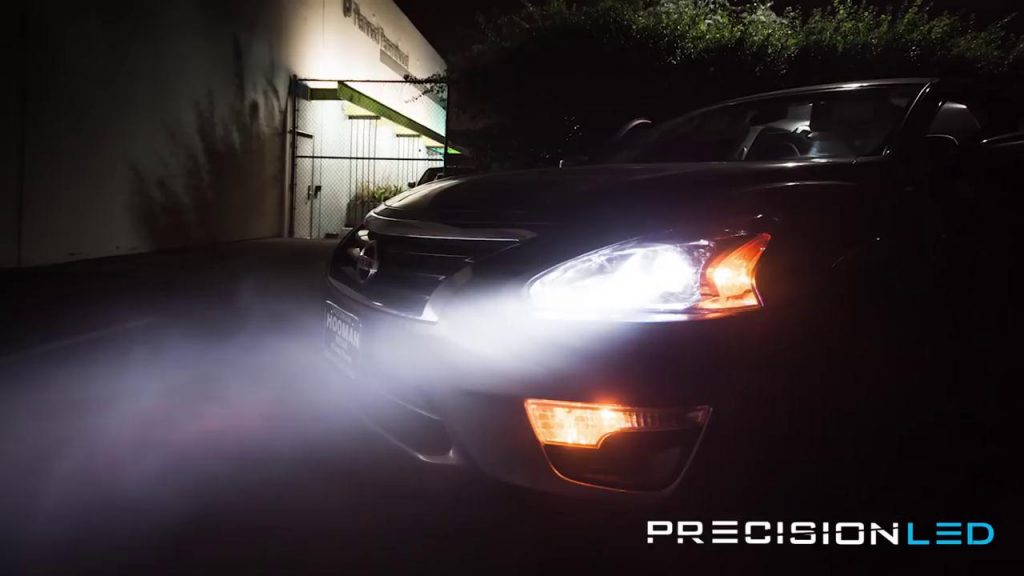 And that’s the end of the installation. 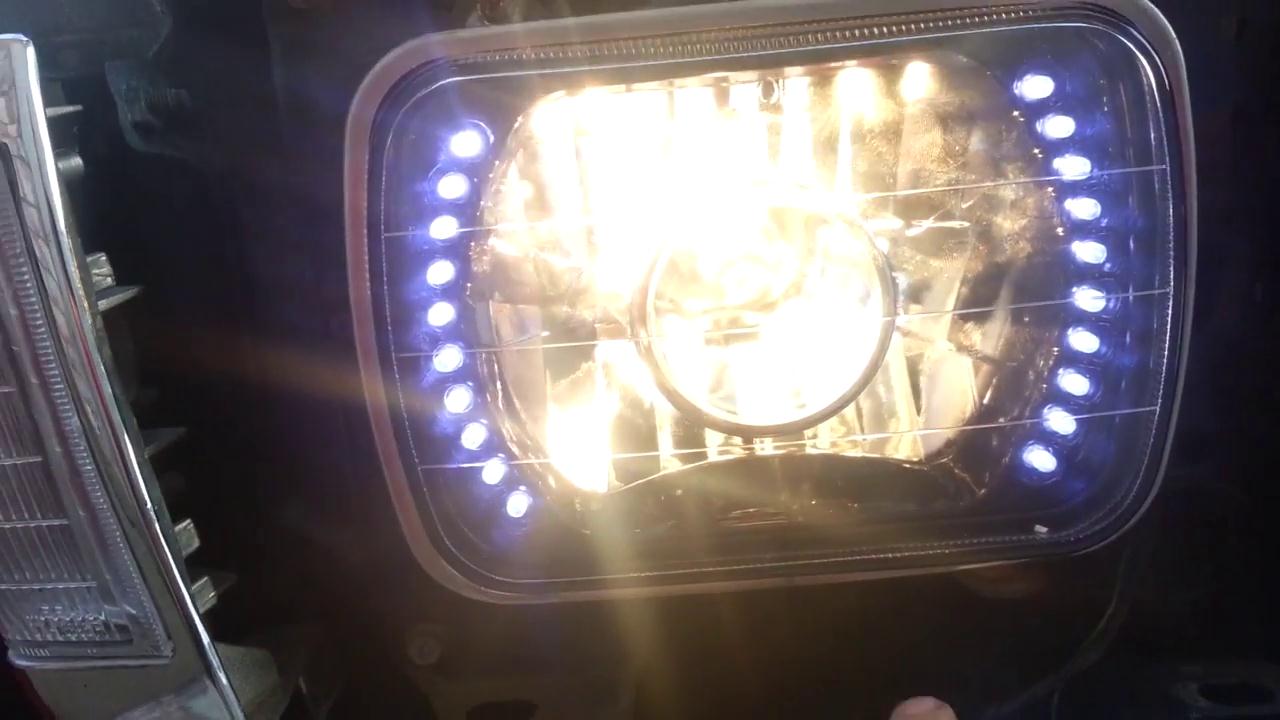 How to Upgrade Nissan Note to Projector Beam Headlights 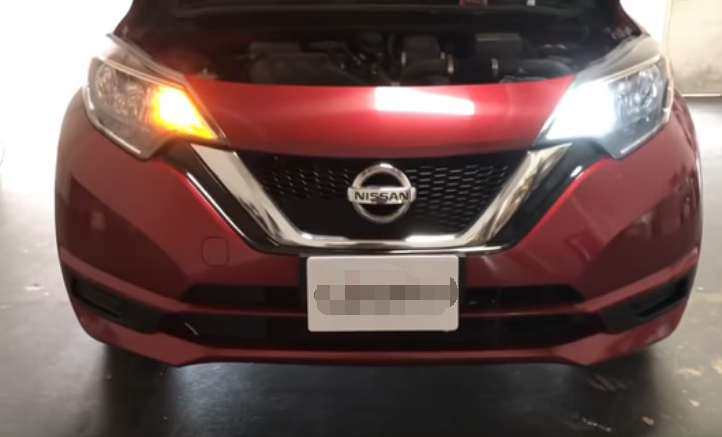 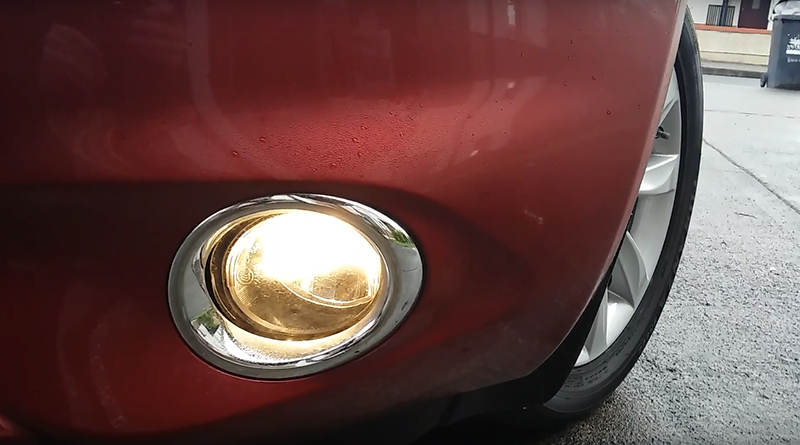 How to Change the Daytime Running Light on Nissan Note?